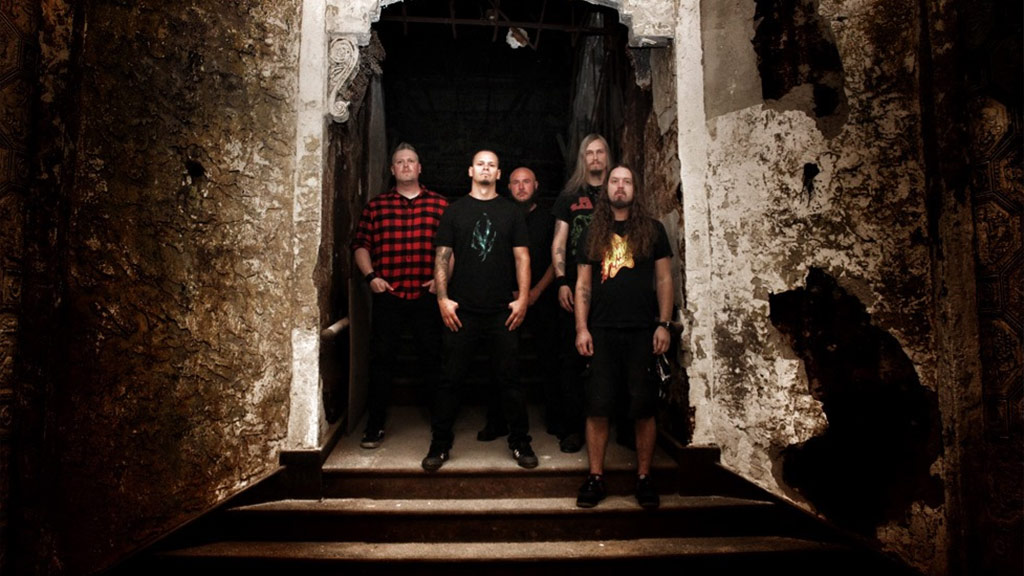 In today’s edition of Covered, we’re throwing it back to Product of Hate’s epic, 2020 rendition of Living Colour’s 1988 classic, “Cult of Personality.”

The track was released on October 30, 2020, ahead of the U.S. Presidential election between Donald Trump and Joe Biden and was quickly embraced by Jose Mangin and Scotty Crynock at Sirius XM Liquid Metal. The track had the rare distinction of being a cover song that lived outside of the weekly Corridor of Covers show and was in regular rotation for the end of 2020.

The timeless anthem is just as relevant now as it was upon its original release in 1988, and the band pays tribute with a version that amps up the rage atop a crushing groove. The cover art is an homage to the original single while the video is an appropriately retro affair that recalls the VHS era of MTV in the late ‘80s/early ‘90s, capturing the band in its rehearsal space for the very first time. Of course, we’re a bit biased around these parts as the video was shot and chopped by The Rock Father himself, James Zahn.

The track was recorded in 2018 during the sessions that would become the band’s second full-length album, You Brought This War. The band first performed the song live back in 2017.

“We’ve been holding onto this for a little while now,” said frontman Adam Gilley when the single was released. “With this crazy election going on, it’s truly a year that will go down in history to say the least and with that being said, we felt that there is no better time to release this song than right now. I feel It speaks volumes.”

“I’ve loved this song since the first time I heard it as a kid,” says lead guitarist Geno Rathbone. “I thought Vernon Reid was possessed. I could never understand how he made a guitar sound that way — I still don’t!”

“To me, ‘Cult of Personality’ is the epitome of hard rock/groove,” Rathbone adds. “I get amped up every night that I see it on the setlist, and the lyrics have always spoken to me. Especially in these times, it’s important to see past the ‘celebrity presentation’ of our leaders and remember to treat the people we see every day with consideration and respect, even if their lifestyles and opinions are different than your own.”

Product of Hate’s acclaimed debut album, Buried in Violence, was released globally in 2016 via Napalm Records. The band released its second album, You Brought This War on its own POH Metalworks imprint, on which it’s been releasing music since 2018.