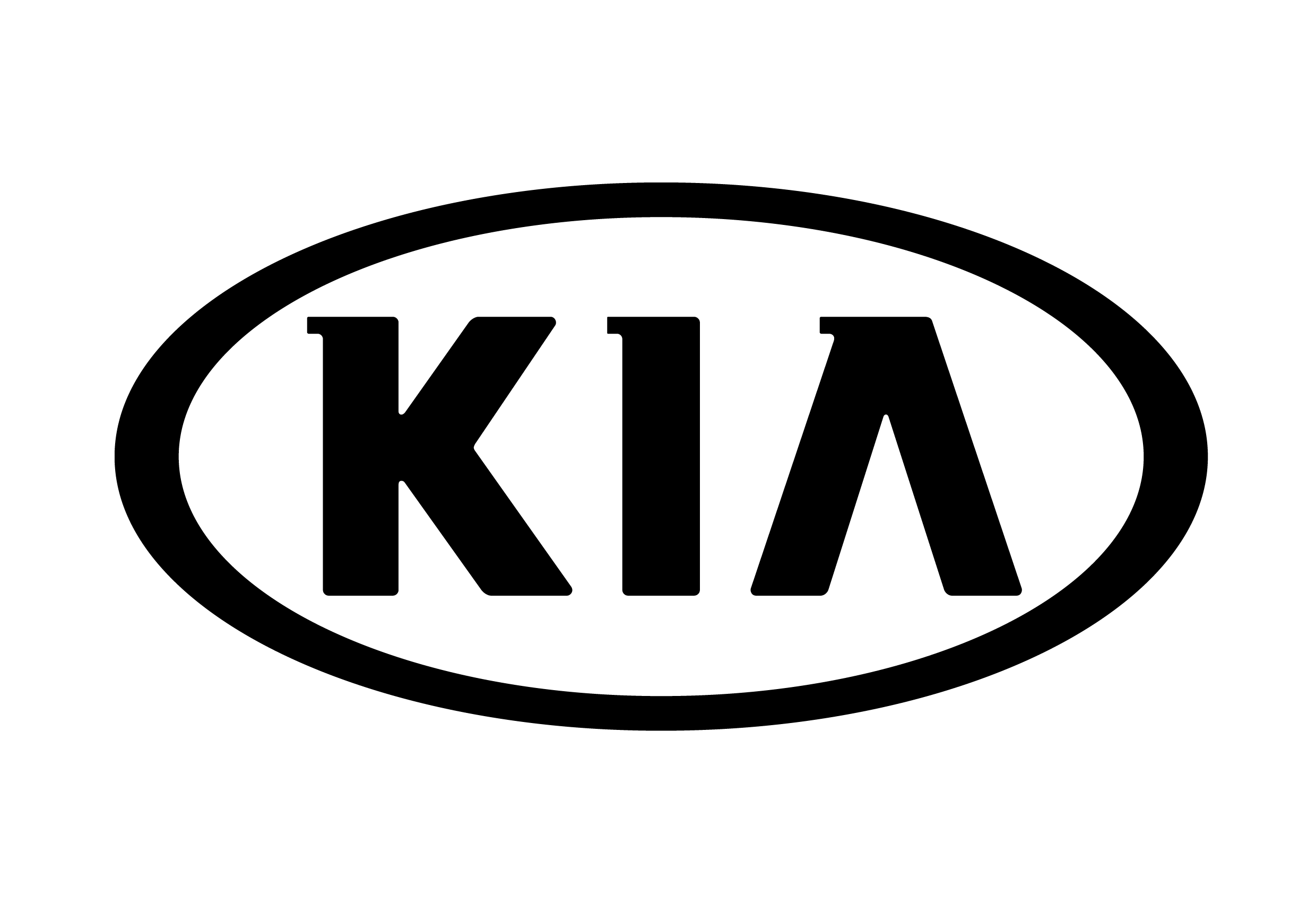 The weather here in Northern Illinois is unseasonably warm today. As the temperature neared 70 degrees this afternoon, our family worked to put up the outside Christmas lights while thinking about the road ahead. With the Holiday Season in full-effect, we’ll be putting a lot of miles on the car as we catch up with family members that are scattered. Being “The Rock Father,” the folks at Kia Motors asked if I had any suggestions for some songs well-suited for a Rockin’ Holiday Road Trip Playlist, and I certainly do. Below you’ll find ten great seasonal songs (in no particular order) to be played as a part of your Holiday Road Trip Playlist.

Ten Songs for a Rockin’ Holiday Road Trip (in no particular order):

The 1983 song “Holiday Road” by Fleetwood Mac guitarist Lindsey Buckingham is a classic, a permanent fixture on the pop culture radar due to it’s inclusion in the first National Lampoon’s VACATION! movie. While the song was upbeat perfection, the video it spawned was a bleak slice of new wave weirdness. In 2009, THE AQUABATS! (a favorite here at Rock Father HQ) released a cover version of the song as a Free Download via the band’s website. You know what? It’s 2012, and the track is still available for free! On a side-note, The Aquabats! Super Show! will return for a second season of family-friendly awesomeness on The Hub in 2013.
{source}{/source}
The Brian Setzer Orchestra – “Jingle Bells”

Christmas goes together with The Brian Setzer Orchestra like peanut butter and chocolate – but if it weren’t for director Brian Levant and his 1996 film, JINGLE ALL THE WAY (my favorite Christmas movie), we might’ve never known that. It was Levant who first called upon Setzer to do a trio of Christmas songs for that film, and the evergreen popularity of those songs became the catalyst for The BSO’s 2002 album, BOOGIE WOOGIE CHRISTMAS, a 2005 follow-up entitled DIG THAT CRAZY CHRISTMAS, and a 2010 live album called CHRISTMAS COMES ALIVE! It was “Jingle Bells” that started it all, and that song (or any from The BSO) makes a fine addition to any Holiday Road Trip Playlist.
{source}{/source}
RUN-D.M.C. – “Christmas in Hollis”

It’s been 25 years since the release of the landmark compilation, A VERY SPECIAL CHRISTMAS in 1987. Among the great songs on that album came a single from RUN-D.M.C. called “Christmas in Hollis.” A staple of my childhood and beyond, the song was further locked into legendary pop culture status when a limo driver named Argyle made a cop from New York named John McClane listen to it on cassette near the beginning of a little movie called DIE HARD. While the original is the true classic, you can always get some bonus points by dropping the 2003 cover by The A.K.A.’s into the mix.
{source}{/source}
Weezer – “We Wish You A Merry Christmas”

Weezer has done a bunch of Christmas songs over the years, but “We Wish You a Merry Christmas” from their 2008 CHRISTMAS WITH WEEZER EP, always finds it’s way into my seasonal playlist. Want some earlier rock? Try tracking down a copy of Weezer’s original tune, “Christmas Celebration” that was once a website freebie (in 2000), then released officially in ’05, and now seems to be AWOL from official sources. Stream it here.
{source}{/source}
Mitch Miller and The Gang – “Must Be Santa”

A single in 1960 that was later released on the 1961 Columbia Records album, HOLIDAY SING ALONG WITH MITCH, “Must Be Santa” is a song that I actually wasn’t familiar with until after I met my wife. A constant sing-along that her Dad and Sister often get going, our oldest daughter has now become a genuine fan of this silly seasonal song. While it’s the original version that we prefer, Bob Dylan recorded a version in 2009 that’s also well-worth checking out.
{source}{/source}
Nerf Herder – “Santa Has a Mullet”

I have this song on a 2003 compilation called A SANTA CAUSE (long out of print) as “Santa’s Got a Mullet,” but at some point in the past few years it’s been reissued as “Santa Has a Mullet.” Same song, same recording, slightly different title. Now it’s included on NERF HERDER’s HI-VOLTAGE CHRISTMAS ROCK EP. While all of the songs definitely rock, they’re not all family-friendly.
{source}{/source}
Dr. Teeth and The Electric Mayhem – “Run, Run Rudolph”

Like The Muppets’ version of The Blues Brothers, Dr. Teeth and the Electric Mayhem have always managed to bring the solid grooves with a high level of showmanship. In 2006, Walt Disney Records released THE MUPPETS: A GREEN AND RED CHRISTMAS, and amongst the songs included was the Electric Mayhem rockin’ a version of Chuck Berry’s “Run, Run Rudolph.” While the original version is available on iTunes, you can check out a live version from 2009 at the 1:03 mark in the video below…
{source}{/source}
The Reverend Horton Heat – “Santa Claus is Comin’ To Town”

From the 2005 album WE THREE KINGS: CHRISTMAS FAVORITES, comes The Reverend Horton Heat’s version of “Santa Claus is Comin’ to Town.” Infused with a little inspiration from the 1966 BATMAN television series, this rockabilly version of the classic tune is perfect for crusing the ice-covered roads in your gasoline (or electric) powered sleigh. Just don’t take the Batmobile, because we all know that there’s a history of it losing a wheel around this time of year. Speaking of the Reverend Horton Heat, he and the band were just announced as a surprise signing to Chicago’s Victory Records. New album in 2013!
{source}{/source}
“Rudolph the Red Nosed Reindeer” – Metal Version (Various Artists)

How HARD do you want your Christmas to rock? If you can handle the heavy, then this is for you. In 2008, Eagle Rock/Amoury Records released an album called WE WISH YOU A METAL XMAS AND A HEADBANGING NEW YEAR. The following year, they issued a new batch of four songs under the same title (confusing) but as an EP. Among the tracks was a cover of “Rudolph the Red Nosed Reindeer” performed by a lineup that included vocalist Dez Fafara (Coal Chamber/DevilDriver), guitarist Doug Aldrich (Dio/Whitesnake), Blasko (Rob Zombie/Ozzy Osbourne) on bass, and John Tempesta (Testament/The Cult) on drums. My wife does not appreciate this one.
{source}{/source}
August Burns Red – “Carol of the Bells”

For years, August Burns Red has been releasing a Christmas single each season. For 2012, they released SLEDDIN’ HILL: A HOLIDAY ALBUM (Solid State Records), a full collection of 13 instrumental Christmas classics performed in their signature metal style. Among the songs included is a reworked version of “Carol of the Bells,” which the band originally recorded back in 2008. If you like the heavy (see above), you should dig this for sure. In fact, I could see fans of the Trans-Siberian Orchestra getting into this as well.
{source}{/source}
As a fan of Christmas Music, I could go on forever with suggestions that might make your Holiday Road Trip a little more rockin’. For now, I’ll stop at ten (I may post more), but will ask YOU a question: What songs are on YOUR families’ Holiday Playlist? Be sure to let me know in the comments section below!

FTC Disclosure: This post was written in conjunction with my membership in the Kia Social Club, a network of bloggers connected by Kia Motors.