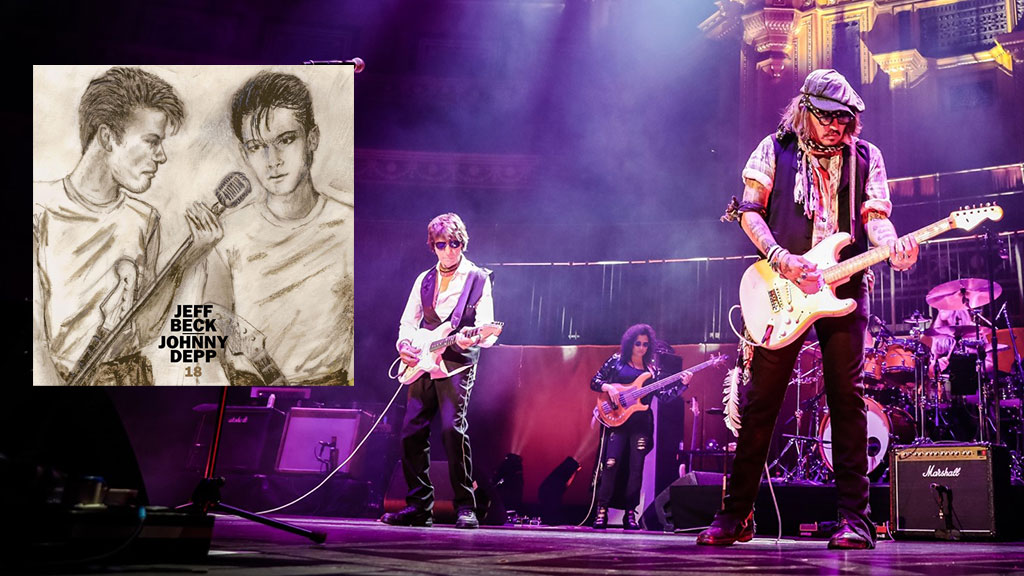 Over the past six years, Jeff Beck and Johnny Depp have built a friendship fueled by a mutual love of cars, guitars, and laughter.

Now, the duo is teaming up for 18, a new album over cover songs accented by two original compositions by Depp. For the album, Beck and Depp tapped into their genre-spanning love of music to deliver a tracklisting that runs the gamut from Marvin Gaye and The Beach Boys to Killing Joke.

“When Johnny and I started playing together, it really ignited our youthful spirit and creativity,” Beck says. “We would joke about how we felt 18 again so that just became the album title too.”

The album arrives on digital and CD on July 15 with a 180-gram black vinyl version set to follow on Sept. 30. The cover art, an illustration of Beck and Depp as 18-year-olds, was crafted by Beck’s wife, Sandra.

“It’s an extraordinary honor to play and write music with Jeff, one of the true greats and someone I am now privileged enough to call my brother,” Depp says.

*Available on digital and CD versions only

Beck is currently in the midst of a European Tour with Depp as a special guest. Dates can be found here.

The Toy Insider is the leading consumer guide to toys, games, and kids' entertainment for the U.S. market. Read more...

Spielwarenmesse Hailed as a Success ‘With All the Old Strength’