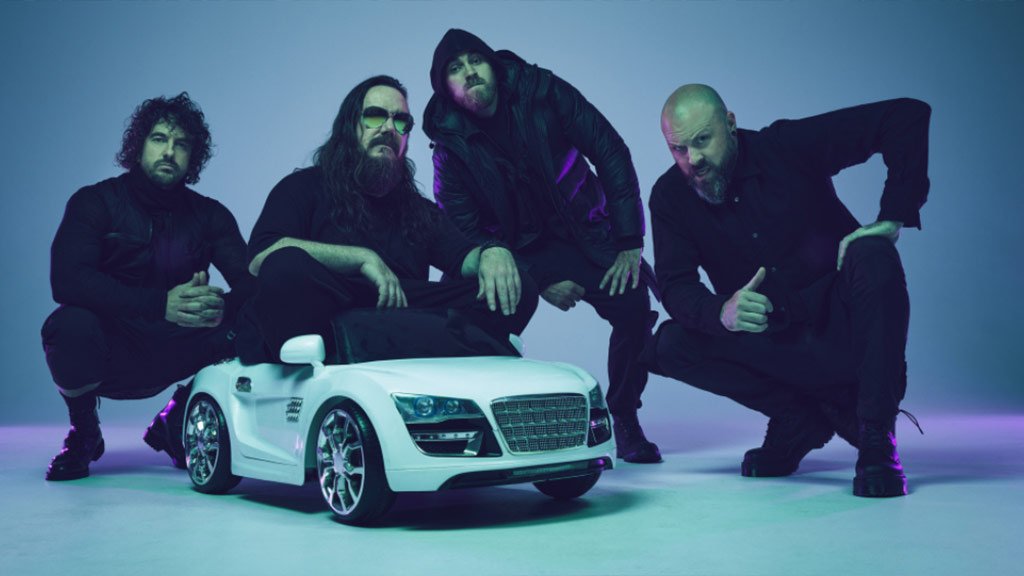 Australia’s always-excellent Twelve Foot Ninja is back with the band’s first genre-bending dose of original music in more than four years. For “Long Way Home,” the troupe pays homage to The Wiggles with matching costumes while delivering a jam that the band says “is elevated by a frenetic 12-piece orchestra straight out of a Gotham City car chase.”

“We tried to create something that harnessed the power of AC/DC with a bend of surrealism, like eating a meat pie through your ear,” says Twelve Foot Ninja’s Stevic MacKay, guitarist, video director, and programmer of a video game from which fans unlocked an early preview of the track. “This song is about the ‘real world’ becoming harder and harder to agree on … I’d rather take the path of resistance — the long way home — than acquiesce to relativism.”