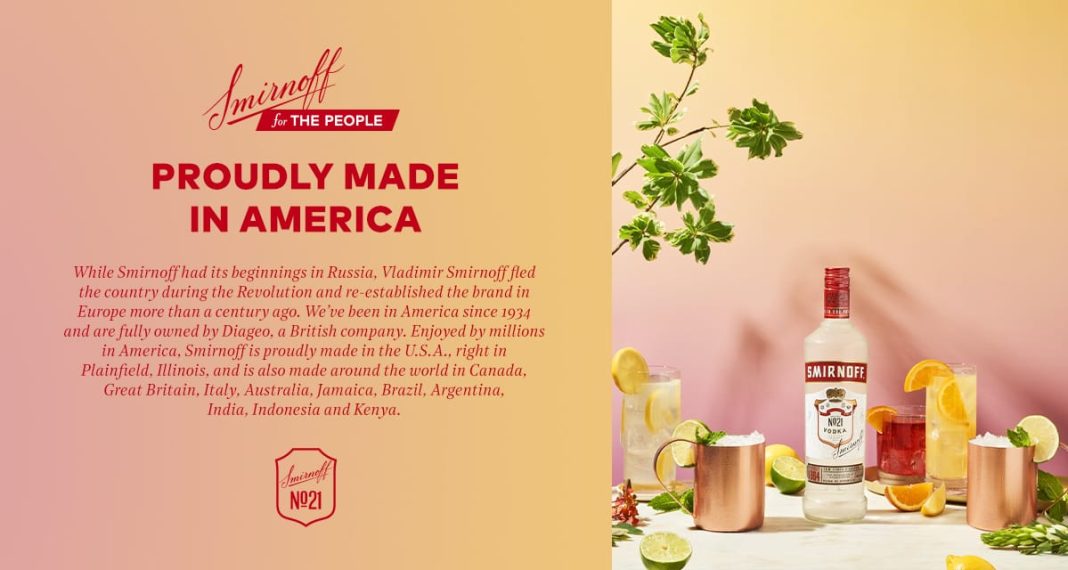 The symbolic halting of sales for “Russian” spirits — particularly vodka — at bars, grocers, and liquor stores across the U.S. and Canada has been a misguided effort, despite its good intentions.

Two of the biggest “Russian” vodka brands may have Soviet roots in their lineage, but neither Stoli nor Smirnoff are made in Russia.

Stoli is a Global Brand Made in Latvia

Stoli has been made in Latvia for more than 20 years and Stoli Group Founder Yuri Shefler fled Russia to establish the spirit maker as a global enterprise.

“I have personally experienced persecution by Putin’s regime and I share the pain of Ukraine and its people,” Shefler said in a statement issued this week.

Shefler bought the Stoli brand — which was struggling — for less than $300,000 in 1997 from a Russian State-owned entity. According to Stoli, Shefler’s success in turning the company into a global brand became a battle as the Russian government tried to steal it back.

“In 2000, in one of the first examples of the [Russian] regime identifying a valuable asset and attempting to wrest control of it, Putin waged a battle for Stoli vodka trademarks across the world,” the company says. “This is still ongoing in some countries. Yuri Shefler left Russia in 2002 and has not returned since.”

Adding to the confusion, Stoli says that Putin’s regime established FKP Soyuzplodoimport — aka FTE Soyuzplodoimport — as a Russian state company in 2002 to attack trademark rights around the world. Additionally, Stoli points out that FKP “sells an inferior Russian product called Stolichnaya in very limited markets” and that it’s “easily distinguishable from Stoli Group’s as the label clearly states made in Russia.” Smirnoff is Made in Plainfield, Illinois

Vladimir Smirnoff fled Russia during the Revolution and re-established the vodka brand in Europe. Smirnoff has been sold in the U.S. since 1934 and is owned by a British company called Diageo.

This vodka with a Russian name is Made in America at a distillery in Plainfield, Illinois. Additional manufacturing facilities are strategically located in countries around the world, and no — Russia isn’t one of them.

So drink up responsibly and don’t go pouring out that “Russian” vodka that you already paid for. Just because it has a Russian name, that doesn’t mean that it’s Russian.

This message is brought to you by a writer with a German name that was 100% Made in USA!

How Weather Can Affect the Crops We Eat